We’ve found some of the most creative people in cosplay that have put their creativity to work in designing the best costume mashups we have seen. Experience an amazing assortment of costume designs from two completely unique characters that become transformed into a truly one-of-a-kind character.

What do you get when you mix Ironman’s titanium alloy suit with Wolverine and his adamantium claws? You get Iron Wolverine! This incredible cosplay was done by Dadpool Cosplay. If you haven’t already heard of him, check his page out. He has some AMAZING work. Great crossover idea to mix Anna and Elsa with Captain America and the Winter Soldier. Now, which sister do you think will win this battle? Interesting crossover of two characters who are so similar yet different at the same time. Both are highly-skilled assassins, but their personalities are complete opposites. Deadpool is a witty smart aleck who is also known as the “Merc with the Mouth.” Boba Fett on the other hand is a feared bounty hunter with a silent demeanor. Combined with Predator, this Minion is more dangerous and deadly than ever! If you like Dr. Who and Transformers, then you will surely appreciate this creative cosplay. Tardisformer is part of the Whovicons, and his mission is to save the universe. The most arrogant and egotistical character of Dragon Ball Z is mashed up with Marvel’s smart aleck superhero Deadpool. One thing is for sure, there’s not another superhero that is more full of himself. Your Friendly Neighborhood Spider-Man and the Star-Spangled Avenger morph into one of the most incredible looking cosplay mashups as Captain Spiderman. The suit was designed and constructed by Dhareza Cosplayza and has an unbelievable level of detail. Though still the “fairest of them all,” Snow White has taken her revenge against the Queen to the next level by mashing up with Boba Fett, the ruthless bounty hunter. One thing is for certain, she’s not relying on a prince to come save the day… Titans, the giant humanoid creatures that nearly wiped out humanity, mash up with the magical girls of Sailor Moon. Never have the characters from the popular anime series, Sailor Moon, looked so frightening, thanks to Sora Kitsune. The beautiful princess with long, magic, golden hair finally makes her way out of the tower to mash up with Sailor Moon. She now uses her magical powers along with her incredibly long, golden hair to fight evil. 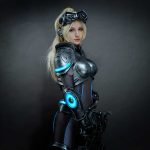 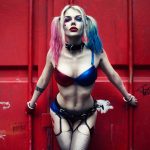