As one of the industry’s most popular and recognizable fitness models, Alicia has been on dozens of magazine covers. With her massive social media following, Alicia Marie has been able to develop her love of fitness and her knowledge and experience in the health and nutrition industry into international recognition as an endorsed fitness model and athlete, Notably, Alicia was crowned by Arnold Schwarzenegger and Joe Weider as the magazine’s first ever Ms. Muscle & Fitness Magazine in 2006. No stranger to being in print, Alicia Marie has lent her body parts to commercial product endorsement over the years. Her ‘rear’ was the focus of Jergens Firming Body Lotion “You Bet Your Bottom” national ad campaign, David Barton Gym’s billboards and Curel’s body cream national advertisements. Previously, Alicia’s abdominals could be seen as the spotlight of the Eggbeaters “0% Fat” national campaign. A former high fashion and runway model, Alicia has walked for many top designers including Versace, Vivienne Westwood and Anand Jon. Are you ready for some cosplay? 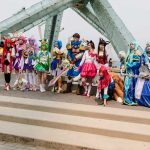 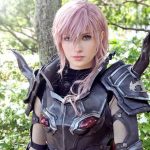