Zyunka Muhina is a cosplay video game geek model from Russia! Follow her on Facebook but be sure to check out her Deviant Art page where you’ll see the extensive list of quality cosplay she has done. That being said, she has no bio anywhere – we hope to remedy that in a future post. Photos by LIKA Photo.

Meanwhile, enjoy Zyunka’s The Flintstones Betty Rubble Cosplay – who knew Betty was so gorgeous? (Besides Barney that is!) Be sure to watch the video at the bottom! It’s Yabba Dabba Doo Time! About The Flintstones (via wikipedia)

The Flintstones is an American cartoon produced by Hanna-Barbera for ABC. The series takes place in a Stone Age setting, depicting the lives of the Flintstone family, their next-door neighbors and best friends. Originally broadcast from 1960 to 1966, it was the first animated series in a prime time schedule. The Flintstones was the most financially successful network animated franchise for 30 years, until The Simpsons. In 2013, TV Guide ranked The Flintstones the second Greatest TV Cartoon of All Time.

The show takes place in the Stone Age town of Bedrock. In this version of the past, dinosaurs and other long-extinct animals co-exist with cavemen, saber-toothed cats, and woolly mammoths. Like their 20th century counterparts, these cavemen listen to records, live in split-level homes and eat at restaurants, yet their technology is made entirely from stone and wood and powered primarily through the use of animals. The cars are made out of stone, wood, animal skins, and powered by the passengers’ feet.

Over 100 characters appeared in the series, here are the main characters.

Fred Flintstone is the main character of the series. Fred is an accident-prone bronto-crane operator at the Slate Rock and Gravel Company and the head of the Flintstone household. He is quick to anger (usually over trivial matters), but is a very loving husband and father. He is also good at bowling and is a member of the fictional “Loyal Order of Water Buffaloes” (Lodge No. 26), a men-only club paralleling real-life fraternities such as the Loyal Order of Moose. His famous catchphrase is “Yabba Dabba Doo!”

Wilma Flintstone is Fred’s wife. She is more intelligent and level-headed than her husband, though she often has a habit of spending money (with Betty and her catchphrase being “Da-da-da duh da-da CHARGE IT!!”). She often is a foil to Fred’s poor behavior.

Pebbles Flintstone is the Flintstones’ infant daughter, who is born near the end of the third season.

Dino, a prosauropod dinosaur, is the Flintstones’ pet that barks and generally acts like a dog. A running gag in the series involves Dino knocking down Fred out of excitement and licking him repeatedly. Though this irritates Fred a lot, he generally likes Dino very much.

Baby Puss is the Flintstones’ pet saber-toothed cat, which is rarely seen in the actual series, but is always seen throwing Fred out of the house during the end credits, causing Fred to pound repeatedly on the front door and yell “Wilma!”, waking the whole neighborhood in the process.

Barney Rubble is the secondary main character and Fred’s best friend and next-door neighbor. His occupation is, for the most part of the series, unknown, though later series depict him working in the same quarry as Fred. He shares many of Fred’s interests such as bowling and golf, and is also a member of the “Loyal Order of Water Buffaloes”. Though Fred and Barney frequently get into feuds with one another (usually due to Fred’s short temper), their deep fraternal bond remains evident.

Betty Rubble is Barney’s wife and Wilma’s best friend. Like Wilma, she, too, has a habit of spending money.

Bamm-Bamm Rubble is the Rubbles’ abnormally strong adopted son, whom they adopt during the fourth season; his name comes from the only phrase he ever speaks as a baby: “Bamm, Bamm!”

Hoppy is the Rubbles’ pet hopparoo (a kangaroo/dinosaur combination creature), which they adopt in the beginning of the fifth season. When he first arrives, Dino (and eventually Fred) mistakes him for a giant mouse and becomes frightened of him, but they eventually become best friends in a manner similar to that of their owners. He babysits the kids as he takes them around in his pouch, which also serves as a shopping cart for Betty. Fred Flintstone regards Hoppy as an overgrown and obnoxious nuisance until the fateful day that the Flintstones and the Rubbles go out together on a picnic. The families’ lives are endangered during the picnic and Hoppy goes for help. 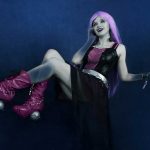 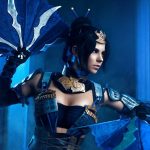