What’s it about? Birdy Cephon Altera is a Federation agent chasing interplanetary bad guys. While pursuing one on Earth, she accidentally kills a high-school boy named Tsutomu and has to fuse with him to keep him alive until his body can be repaired. Birdy continues her pursuit and together they take on a group of evil aliens planning to do experiments on Earthlings. Birdy is an Altan, a human-like alien, and a bio-engineered super soldier bred for combat. 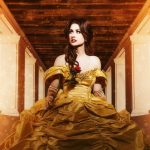 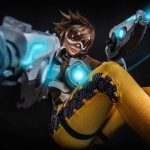