Meow – time for a little Catwoman Cosplay! And, who better to guide us than the incomparable Liz Katz. You’re gonna love Liz as she comes alive in this Dark Knight version of Catwoman. So tighten your seat-belts and hold on for the ride. Bruce Wayne beware…

Who is Liz Katz

Feisty Little Cosplay Model, Writer, Photographer, Part Time Flake, Gamer, Nerd Girl, Professional Eccentric and Muse, Liz Katz, is half Nerd from her father’s side and half mystical creature from her mother’s but she is 100% awesome to us cosplay fans. Catwoman, aka Selina Kyle, has been Batman’s most enduring love interest and is also known for her complex love-hate relationship with him. As a Gotham City burglar, Catwoman typically wears a tight, one-piece outfit and uses a bullwhip for a weapon. The character was originally a super-villain and adversary of Batman. But since the 1990’s, she has been featured as an anti-heroine, often doing the wrong things for the right reasons. Holly Robinson and Eiko Hasigawa both have adopted the Catwoman identity, apart from Selina Kyle over the years. Catwoman Cosplay continues to be a popular choice at Cons, and thanks to Liz Katz, we know why! When you read her featured profile article you’ll see the great range of cosplay Liz is keeping busy with! 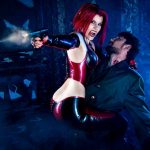 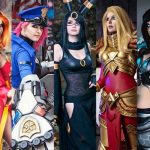