Tighten your seat belts caped crusaders, we are about to go on a journey through some of the hottest cosplay on the planet. We’ve assembled some of the best, well known and unknown, Catwoman Cosplay to be found.

DC Comics’ Selina Kyle, aka Catwoman, is a character in the Batman franchise created by Bill Finger and Bob Kane. An orphan who learned to survive on the mean Gotham City streets, Selina did what she had to do to survive… but she does it in her own gorgeous sexy style making her one of the most popular cosplays.

A martial arts expert, she excels in cat burglary. Her criminal exploits are often tempered by a reluctant altruism, making her an interesting and conflicted villain and occasional ally to Batman. It’s hard to catch a cat and Catwoman eludes the Dark Knight and keeps a complicated, adversarial relationship with him that sometimes turns flirty and occasionally romantic. Catwoman is one of Batman’s best known loves. The original and widely known Catwoman, Selina Kyle, first appeared in Batman #1 in 1940 in which she was known as The Cat. A beautiful whip-carrying burglar with a taste for high stake thefts. Modern writers have attributed her criminality as a response to a history of abuse. Since the 1990s, Catwoman has been portrayed as an anti-heroine rather than a supervillainess. The character is one of Batman’s most enduring love interests. It’s complicated. A popular character, Catwoman has been featured in most Batman adaptations. 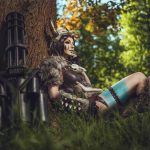 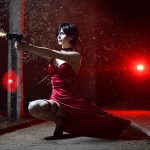