Celebrity Supergirl Photoshop Fakes – When Smallville began its 10th and final season in 2010, the network sent out some new pics of Laura Vandervoort looking fantastic as Supergirl. She looked so good that the internet blew-up and was flooded with other celebrity Supergirl photoshop fakes of all the hottest celebrities. Fast forward to 2017 and “cospainting” is now just another tool in your cosplaying toolbelt.

We’ve collected a batch of some of the hottest celebrities that were photoshopped by talented Brazilian trickster and digital artist ThiagoCA. You can check out some of his work on DeviantArt.

Anyway, up, up and away!

Bodypainting, is a form of body art. Unlike tattoo and other forms of body art, body painting is temporary, painted onto the skin and can last several hours or many weeks (in the case of mehndi or “henna tattoos”) about two weeks. 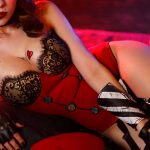 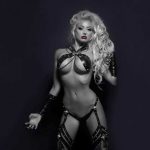