Triss Merigold from The Witcher

Triss Merigold of Maribor was a legendary Temerian sorceress of the 13th century. Triss is a major character in The Witcher video games.

“No! I will not give in and I won’t be swayed! I am the “Fourteenth of the Hill”! I am not a little frightened girl from a dark Maribor Tower anymore…” -Triss in Blood of Elves 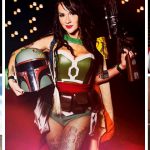 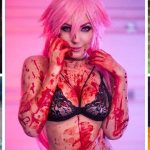