Taiwan based award winning cosplayer HaneAme is at it again! Bringing us this jaw-dropping photo set of Ishtar from Fate/Grand Order! Check her out on Facebook and Instagram.

“My original self was more glamorous, but this body is also not bad.”
—Ishtar Check out HaneAme as Yumeko from Kakegurui – Compulsive Gambler and her amazing Ahri/D.Va Mash-Up!

Fate/Grand Order is an online free-to-play role-playing game based on the Fate/stay night visual novel game and franchise by Type-Moon, developed by DELiGHTWORKS. The game is centered around turn-based combat where the player, who takes on the role of a “Master”, summons and commands powerful familiars known as “Servants” in battle against their enemies.

Archer’s True Name is Ishtar, a Pseudo-Servant summoned into the body of Rin Tohsaka.

Ishtar is the goddess of beauty, good harvests, war, lust, discord and fertility in Mesopotamian Mythology/Sumerian Mythology/Babylonian Mythology, and one among the many mother goddesses whose power is derived from the Earth Mother. Said to be the most pampered, or rather, the most beloved goddess by the other deities. Her Sumerian divine name was said to be Inanna and that name is actually her older name. Ishtar is her Akkadian divine name. It means “The Mistress of Heaven”. A goddess of Venus, a goddess who governs over the good harvests that brings prosperity to the people, and even a goddess who rules over war and destruction, she is a great goddess who, among the goddesses, was presented with many rights and Authorities from the gods. In Sumerian Mythology, she plays an active role as a dynamic goddess and as a goddess who is like the heroine of a story, possessing various anecdotes.  Particularly among them, a famous one is her feeding the city of Uruk to a fearsome Divine Beast called the “Bull of Heaven”, seemingly an anecdote that caused the city to be on the brink of destruction; in any case, she is a goddess who is a nuisance to others.

At any rate, Ishtar is a whimsy deity that is free and uncontrolled, and is also famous for having numerous loves; it is said that she would make advances with all her energies on those who she took a liking to, regardless of those being humans or other deities, and she has many lovers, irrespective of them being from the domain of men or from the domain of the gods.  On the other hand, she also displayed a demon-like cruelty towards those who did not bow to her will.  She is a deity who was perfected as a deity, one who usually took control and command of things. There is no compromise. The motive for bringing out the Divine Beast onto the Earth was said to be the result of the King of Heroes, Gilgamesh of Uruk, having not responded to her temptations.

Legend
After Gilgamesh and Enkidu defeated Humbaba, the goddess Ishtar fell in love with Gilgamesh. She proposed to the King of Heroes, but he quickly refused because he knew that Ishtar was a whimsical and cruel witch who rendered men useless. Ishtar, enraged by Gilgamesh’s insults, clung to her father, the god Anu, in tears and asked for the release of the greatest of Divine Beasts, the “Bull of Heaven”, onto the Earth for her revenge. Against this Divine Beast none could match, Gilgamesh and Enkidu worked together to stand against it and repelled it splendidly. Once again, the goddess lost face. Naturally, Ishtar’s rage had not lessened, and she requested death for either of the two of them from the gods because it was a sin for one with a human body to kill the beast of the gods. Ishtar’s wish was granted, and one of the two, Enkidu, who was created by the gods, was unable to defy that decree, slowly weakened, and died.

Appearance
This form is not that of the goddess Ishtar herself, but a Pseudo-Servant condition in which a human that has a wavelength close to her own was made into a vessel. 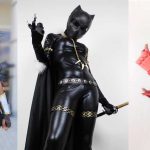 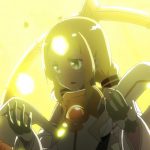