Here’s a blast from the past with Jessica Nigri Skyrim cosplay from 2012!

“Skyrim legend tells of a hero known as the Dragonborn, a warrior with the body of a mortal and soul of a dragon, whose destiny it is to destroy the evil dragon Alduin.”―The Elder Scrolls V: Skyrim

American celebrity cosplayer, model and YouTuber, Nigri is known in the US and around the world for her amazing cosplay and incredible beauty!

Since her famous Sexy Pikachu debut at SDCC in 2009 that ignited a cosplay frenzy, she has been hired to do cosplay for video games like Lollipop Chainsaw and Assassin’s Creed and is a regular at many cons and expos and she even voiced Super Sonico for the English language animation in 2015.

This Skyrim cosplay is one of her early successful cosplays that still stands up!

The Dovahkiin (“Dragonborn” in the tongue of the Dragons) is a legendary prophesied hero, a mortal with the ability to use the magic of the dragons, and the protagonist of The Elder Scrolls V: Skyrim.

In Nordic legend within the Elder Scrolls universe, the Dovahkiin are rare people who are born with the body of a mortal and the soul of a dragon. It is said that a dragon named Alduin World-Eater will destroy Nirn unless the last Dragonborn defeats him. This is the played character in Skyrim.

Dragonborns can be any gender and any race. Traditionally, the Last Dragonborn is said to be a male Nord with brown hair and a beard, with studded armor, an iron helmet, and other pieces of varying armor. Despite this, the charater’s appearance is up to the player of Skyrim. The character can be either gender, and any race in Tamriel.

The Dragonborn’s skills can vary, depending on personal choices the player makes. However, the Dragonborn has access to Thu’um regardless. Thu’um is the power of the Voice of dragon language, used as Shouts. Each Shout has its own distinctive effect and words that make it up, and each one is composed of three words. Shouts include Unrelenting Force, Whirlwind Sprint, Bend Will, etc. 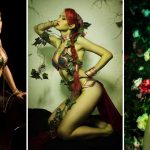 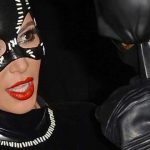