Jessica lights it up with this Charizard cosplay! Photos by Adam Patrick Murray.

American celebrity cosplayer, promotional model and YouTuber, Jessica is known in the US and around the world for her amazing cosplay and beauty! Since her famous Sexy Pikachu debut at SDCC in 2009, she has been hired to do official cosplay for video game releases like Lollipop Chainsaw and Assassin’s Creed and been called to host and judge many events as well as cast as the voice of Super Sonico for the English language version in 2015. One of the most successful cosplayers, join 4.8 million others and follow her crazy cosplay antics on Facebook! About Charizard (via Wikia.com)

Charizard is a large, dragon-like Pokémon that differs greatly from its pre-evolved form. The red skin coloration of Charmeleon is no longer apparent, as Charizard appears to have reverted back to the orange/yellow coloration of Charmander. The single horn that was on the back of its head is now two, one on either side. The most notable difference between Charizard and its pre-evolved forms are the large wings that have developed on its back, which gives Charizard the capability of flying.

Charizard’s Mega Evolution form using Charizardite X is different from Charizard, as it now has a gray body color and blue flames from its mouth and on its tail. While using Charizardite Y, Mega Charizard has a big horn on the top of its head and larger wings.

The fire on Charizard’s tail will change to a bluish-white color if it is furious. Given its dragon-like appearance, it is logical that Charizard is capable of learning many Dragon-type moves, such as Dragon Breath, Dragon Pulse, etc. However, it becomes a true Dragon-type as Mega Charizard X.

Charizards are noble and will not turn the full power of their flame on opponents significantly weaker than they are. Charizards are also known to be very eager to battle. Charizard seeks out stronger foes and only breathes fire during battles with worthy opponents. The fiery breath is so hot that it can turn any material to slag. They can be very dangerous and aggressive if provoked. But like Charmander and Charmeleon, it is friendly and affectionate with its trainer. Only a weak Charizard shows off its power, as said by Liza in Charizard’s Burning Ambitions.

Charizard evolves from Charmeleon starting at level 36. It is the final form of Charmander.

Ash’s Charizard is arguably the most powerful Pokemon throughout the anime series’ run, defeating Blaine’s Magmar in the original series arc, Clair’s Dragonair and Gary’s Blastoise in the Johto arc, Noland’s Articuno in the Battle Frontier arc, and holding his own against Iris’ Dragonite during the Unova arc. In the XY series, He is later followed by both Trevor and Alain’s Charizard who can mega evolve into Mega Charizard Y and Mega Charizard X via Key Stones and both of their Charizardites Y and X respectively. 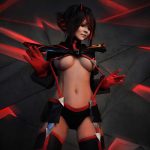 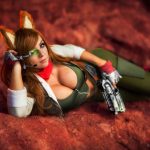