Kill la Kill follows vagrant schoolgirl Ryuko Matoi on her search for her father’s killer, which brings her into violent conflict with Satsuki Kiryuin, the iron-willed student council president of Honnouji Academy, and her mother’s fashion empire.

The TV series was produced by the same people that did the popular Gurren Lagann. It aired in Japan in 2013 and in the US in 2014.

Honnouji Academy is a fictional high school in Tokyo Bay, Japan, on the island of Honnō City. The school is controlled by its fearsome student council led by Satsuki Kiryuin.

Its students wear Goku Uniforms which give their wearers superhuman abilities. Goku Uniforms are constructed with a special material known as Life Fibers.

Vagrant transfer student Ryuko Matoi wields a scissor-shaped longsword that can cut Goku Uniforms. She challenges the council as she searches for her father’s killer.

Although she is initially easily defeated, she finds a sentient sailor uniform that she names Senketsu, a Kamui “Godrobe” which is completely made of Life Fibers which transforms her so that she can face Kiryuin and her obstacles.

Ryuko becomes friends with her hyperactive classmate Mako Mankanshoku and lives with her family.

When Satsuki reorganizes the allocation of Goku Uniforms through an event known as Naturals Election, Ryuko duels the members of Satsuki’s Elite Four who are wearing powerful Three-Star Goku Uniforms.

Her final fight is interrupted by Nui Harime, the wielder of the other Scissor Blade and the person who murdered Ryuko’s father. Then, in the ensuing fight, Ryuko transforms into an uncontrollable monster.

With the Tri-City Schools Raid, Satsuki annexes the major schools in the other regions of Japan. Satsuki then quashes Nudist Beach, a paramilitary organization led by Ryuko’s homeroom teacher Aikuro Mikisugi.

She arranges a festival that will host her mother Ragyo, the academy’s director and the CEO of REVOCS Corp, a clothing manufacturer that has dominated the worldwide market. Mikisugi discloses that the Life Fibers, which have been woven into all REVOCS clothing, are actually alien parasites that consume whoever wears them.

When they devour the festival audience, Satsuki turns on her mother, revealing her end goal has always been to destroy Ragyo, but the rebellion is short-lived as Ragyo has fused with the Life Fibers and attained tremendous power.

Ragyo recognizes Ryuko as her own daughter and Satsuki’s younger sister, who survived a Life Fiber experiment and was raised in secrecy by Ragyo’s missing husband Isshin Matoi.

A month later, Ragyo and the Life Fibers have destroyed Japan and have captured Satsuki, leaving the Elite Four without Goku Uniforms and forced to hide with Ryuko and others at Nudist Beach. They rescue Satsuki, but Ragyo captures and brainwashes Ryuko into fighting her.

After Ryuko frees herself, she and Satsuki challenge Ragyo, who plans to use a space satellite to direct all Life Fibers to consume their human hosts and detonate the Earth to propagate the Life Fibers throughout the universe.

After taking down the satellite transmitter and striking the cocoon that houses the Original Life Fiber, Ragyo absorbs Nui and flies into space to activate the satellite. Ryuko chases Ragyo into space and defeats her, causing the Life Fiber clothes to perish.

In a follow-up episode, Ragyo’s secretary Rei Hououmaru interrupts Honnouji Academy’s graduation ceremony, using leftover Life Fibers to create copies of Satsuki and the Elite Four. However, they are defeated by Ryuko, the real Elite Four, and Nudist Beach, and Satsuki convinces Rei to quit her struggle. Honnouji Academy is shut down during the sinking of Honnō City and everyone leaves to carry on normal lives.
[quads id=9] 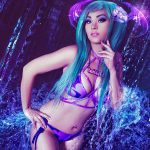 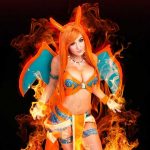