Sith Lord was a title conferred upon individuals who followed the Sith tradition. Sith Lords drew upon the dark side of the Force, using it to gain power.

During the days of the Old Republic, many individuals held the mantle of Sith Lord, and fought countless wars against the Jedi Order. Eventually, however, their numbers dwindled due to infighting. After Darth Bane established the Rule of Two, Sith tradition dictated that there could only be two Sith Lords at any given time. By the time of Sheev Palpatine, secretly the Sith Lord Darth Sidious, the Sith fulfilled their goal of destroying the Jedi Order, and Palpatine transformed the Galactic Republic into the Galactic Empire. This victory lasted for just over two decades, when Anakin Skywalker, a Sith Lord redeemed by his son, Luke, destroyed the final Sith Lord (Darth Sidious) and brought balance to the Force once again. 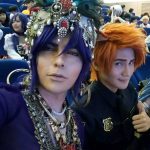 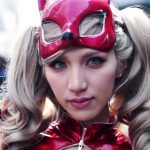