Jarod Lee Nandin's "That Which Has No Life" character from South Park's "Make Love, Not Warcraft" Episode, photo by Phil Hornshaw

The 2007 Emmy Award winning South Park episode “Make Love, Not Warcraft”  from season 10 aired on October 4, 2006. There’s trouble in the gaming world when an obsessed gamer won’t play by the rules. The South Park boys dedicate themselves to defeating the menace and saving the World of Warcraft. The episode is responsible for one of the greatest gaming memes of all time, “How do you kill that which has no life?” Jarod Lee Nandin debutted this cosplay at BlizzCon 2013 and quickly became a beloved cosplayer at Southern California cons and then a thanks to Reddit and Kotaku, a global sensation. Nandin, who had been playing World of Warcraft since 2007 and had three accounts, believes in not taking himself too seriously. “I thought if I took that character and made him human, meaning if I portrayed him, it would just be hilarious,” Nandin told LA Weekly in 2014. He wound up on Kotaku and Reddit and started hearing from others in the community. People were told him that they were inspired to cosplay. He heard from people who were overweight or, for some other reason, didn’t think that they could dress up for a convention. “This kind of gave them the courage or the understanding that it was okay for them, that there were possibilities,” he says. “It blew me away.” With some friends, he started the Facebook group Defenders of the Cosplay Faith, where cosplayers of all skill levels and backgrounds can get together for friendly interaction. “I wanted to promote inclusiveness,” he said.

Watch the BlizzCon 2013 debut of Jarod’s “That Which Has No Life” cosplay:

The “Make Love, Not Warcraft” Plot

Stan Marsh, Kyle Broflovski, Eric Cartman and Kenny McCormick are playing World of Warcraft but are briefly interrupted when Randy Marshtells Stan to socialize, in which Stan remarks that he is socializing, just online. Returning to the game, Stan, Kyle, Cartman and Kenny are soon killed by a player who is a much higher level than them, despite the boys having not agreed to a duel. The other player is in fact a stereotypical nerd.

The next day, the boys decide to phone the World of Warcraft support line at Blizzard Entertainment. A member of staff at the other end explains that the boys would have had to agree to a duel before fighting, but Stan informs her that the player kills them regardless. The staff member says the problem will be fixed, but informs a co-worker that more people are complaining over their characters getting killed, and that they should tell the men upstairs.

In their main office, the administrators and Game Masters discuss the problem at hand, that if people’s characters keep getting killed like this then frustration will cause players to leave. They state that the player who is not playing by the rules has been farming on World of Warcraft at almost every hour of every day non-stop for the past year and a half, and has become so powerful that he’s able to kill Game Masters and Admins (who can otherwise ban on sight). They state that he “has absolutely no life”, and question how they can kill that which has no life.

Read the rest on Wikia.

Check out this amazing WoW cosplay: All Hail the Lich Queen VertVixen! 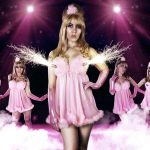 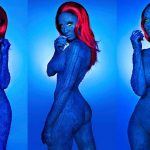