You’re going to love Marie-Claude Bourbonnais Cosplay! A French Canadian costumer, cosplayer and glamour model that will leave you stunned by her beauty and amazed by her craft. In 2010, she attended her first comic con and convention, wearing costumes she had made herself. Later, she developed a Sue Storm costume using latex, a material which was rarely used at the time. The costume was a huge hit and as a result, pictures of Marie as Sue Storm soon could be found all over the Internet. She consequently quickly became one of the most popular North American cosplayers.

From Sue Storm to Frost, here are some of the costumes she’s done that will blow you away. You can visit her website for more photos and to read her blog about costuming.

Known as a “technical cosplayer” who builds high quality costumes, props, and sets for photo shoots, Marie owns a workshop fully equipped for clothing and costume making. She has a large variety of sewing machines, and leather work tools. Everything you need for world class costumed play!

Thanks to her talent, beauty and hard work, she is now sought out as a guest by comic con and convention organizers across North America, Mexico, South America and Europe. You’re dazzled and impressed by Marie-Claude Bourbonnais Cosplay aren’t you? Please like, share and comment! If you liked Marie-Claude, then you’re going to love our devious fan-girl Kitty Honey Cosplay! 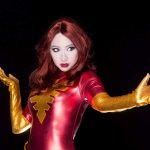 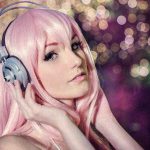