Vera Bambi (previously Vera Baby) is a force of nature in the cosplay world. Cosplaying since 2013, and she’s taken the cons by storm with her jaw-dropping Mary Jane Cosplay. Check out her website for all her social links.

There are two people patiently waiting for me to get the fuck out the door while I take this photo of myself using a tripod and a button. This is my reality

About Mary Jane Watson – Get Into Character!

Mary Jane “MJ” Watson is a character appearing in Marvel Comics and made her first appearance in The Amazing Spider-Man #25 in June, 1965. She has been the best friend, main love interest and wife of Peter Parker, the alter ego of Spider-Man.

The character has been portrayed by Kirsten Dunst in the three Spider-Man feature films directed by Sam Raimi (2002–2007) and by Shailene Woodley in deleted scenes of the 2014 film The Amazing Spider-Man 2.

Mary Jane Watson, is first mentioned in The Amazing Spider-Man #15 (August 1964) as Peter Parker’s Aunt May repeatedly attempts to set her unwilling nephew up on a date with her. Parker consistently worms his way out of meeting Mary Jane who, aside from a brief appearance in #25 (June 1965) with her face obscured, is never actually seen until The Amazing Spider-Man #42 (November 1966). Peter David wrote in 2010 that artist John Romita, Sr. “made the definitive statement of his arrival by pulling Mary Jane out from behind the oversized potted plant [that blocked the readers’ view of her face in issue #25] and placing her on panel in what would instantly become an iconic moment.” Romita has stated that in designing Mary Jane, he “used Ann-Margret from the movie Bye Bye Birdie as a guide, using her coloring, the shape of her face, her red hair and her form-fitting short skirts.”

According to co-creator Stan Lee, he and Romita had intended for Gwen Stacy to be Spider-Man’s one true love, and introduced Mary Jane “just for fun”, but that “somehow, Mary Jane seemed to have all the personality, and much as we tried to make Gwen more attractive, we couldn’t! We, ourselves, felt that Mary Jane ended up being not only more attractive but more fun and more interesting, and we finally decided to let Peter end up with her, but it was … as though the characters had taken over!”

Gerry Conway succeeded Stan Lee as writer of The Amazing Spider-Man in 1972. Conway pushed Mary Jane to the forefront of the cast, and made her a serious love interest for Peter Parker. Like Lee, Conway found Mary Jane to be more compelling than Gwen: “[Mary Jane] hadn’t lost the edge that made her an interesting character. Gwen didn’t have an edge. She was just a nice person. I don’t think she had a mean bone in her body, and wasn’t likely to do something that was likely to screw things up for Peter, out of some misguided sense of self-aggrandizement, which Mary Jane was quite capable of doing – which makes her a much more interesting character.”

In 1987, the character was married to Spider-Man in The Amazing Spider-Man Annual #21. As a consequence, writer J. M. DeMatteis made Mary Jane and her marriage to Spider-Man one of the central themes of the critically acclaimed “Kraven’s Last Hunt”, published the same year as the wedding. DeMatteis commented that “‘Kraven’s Last Hunt’ has a lot of darkness in it, but the story primarily is about Peter and his journey into the light and the power of simple human love. The reason Peter makes it out is because he has Mary Jane in his life, and that is his salvation.”

Mary Jane is depicted as an extremely beautiful, green-eyed redhead, and has been the primary romantic interest of Peter Parker for the last twenty years, although initially competing with others for his affection, most prominently with Gwen Stacy and the Black Cat. Mary Jane’s relatively unknown early life was eventually explored in The Amazing Spider-Man #259. 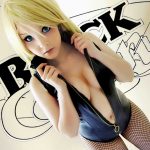 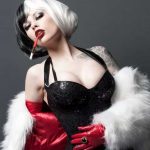