One Piece And Adventure Time day with their Roronoa Zoro and Marshall Lee cosplays for their second day at ANIMEX Monterrey 2017.

The World Cosplay Summit, aka WCS, is an annual international cosplay event that promotes friendly international exchange through Japanese pop culture. Since its beginnings in 2002 it has grown from just 5 representing countries to over 30 at the upcoming July 2017 competition.

Mexican cosplaying team Twin Cosplay were named Grand Champions at the 2015 World Cosplay Summit competition after their presentation of Nintendo‘s Legend of Zelda: Majora’s Mask video game. Between the pair, a total of four costume and set changes took place in under three minutes. Take look at the video.

Mexican team Twin Cosplay put together a most excellent cosplay performance that included four costume and set changes between the two cosplayers.

TWIN Cosplay consists of Jose Maria Arroyo also known as Shema Arroyo and partner Juan Carlos Tolento. Both are also costumers and prop makers specialized in the creation of props for publicity campaigns and special events.

​”Cosplay for us is truly a passion, but more specifically is an art, is the challenge to bring the impossible into reality. Better said, we think of it as the art to became dreams true. It’s truly a unique and personal challenge and an adventure where we can discover that there is nothing impossible when someone loves enough what he does so his passion take him through any challenge just to create his art.”

“We are focused on keep growing as an artists cause Cosplay has become our full time passion, that’s why we are committed to it completely. Even when we are aware that one never stops learning new things, and that we have so much more to learn still, we feel really blessed that in this 2 years and a half since our very beginning we have achieved so much and have counted with the support of so many people, friends and other artists to do so. Thank you!”

TWIN Cosplay are considered some of the best cosplayers in Mexico, they have been invited to several events in Mexico as well as international conventions around Latin America, Europe, Asia and United States They also have participated in several national and international competitions the biggest being their win at the 2015 World Cosplay Summit.

Thanks for reading, please like and share and let us know what you think about this Mexican dynamic duo! 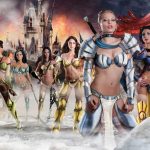 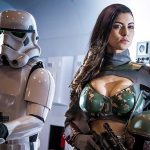