Zyunka Muhina is a cosplay video game geek model from Russia! Follow her on Facebook but be sure to check out her Deviant Art page where you’ll see the extensive list of quality cosplay she has done. That being said, she has no bio anywhere – we hope to remedy that in a future post. Photos by Ilina.

Mileena is a clone of Kitana, created by Shang Tsung’s sorcery in his flesh pits for Shao Kahn, using Tarkatan physiology. Vicious and evil, she despises Kitana, and feels that it is her own right to rule Edenia as Princess in her place. Mortal Kombat X is the 10th fighting game in the Mortal Kombat series. About Mileena from Mortal Kombat (via Wikia)

Mileena is a character in the Mortal Kombat fighting game series. She made her debut in Mortal Kombat II. Mileena is a clone of Kitana, created by Shang Tsung’s sorcery in his flesh pits for Shao Kahn, using Tarkatan physiology. Vicious and evil, she despises Kitana, and feels that it is her own right to rule Edenia as Princess in her place. Her fondest wish is to kill her “sister”, and claim her existence for her own. Somewhat of an opportunist, she will make use of any chance to seize power that comes within her hands.

Originally, as with all MK female ninjas, Mileena wore a tight leotard and mask, with her uniform being colored in shades of magenta. Later on, her costumes changed, some of them rather loose, but usually more revealing than Kitana’s. In terms of physical features, she is identical to Kitana, apart from having shorter hair and her face being twisted by the Tarkatan DNA flowing in her veins, giving her a large mouth rimmed with long, sharp teeth and large, orange, feline-like eyes much like Baraka.

In Deception, she compensates for her Tarkatan features by wearing revealing apparel to show off her lascivious physique, while wearing a veil to keep her mouth hidden.

In Mortal Kombat (2011), she boasts an even more revealing outfit with high-heeled boots similar to her alternative costume in Deception and her eyes are Tarkatan-like. In her part of the Story Mode, Kitana encounters Mileena in Shang Tsung’s Flesh Pits bearing her Tarkatan teeth and wearing strategically-placed bandages to cover her body.

In Mortal Kombat X, Mileena wears much more conservative clothing than in all her 3D appearances thus far. Her lips lend her a human-like appearance, but her mouth is still lined with large, sharp teeth.

Mileena, half Edenian, half Tarkatan, has proven that she is a deadly combination of beauty and beast. She has been shown to be able to fight with brute strength rivaling that of a Shokan, if not surpassing it, and has shown an incredible amount of agility and acrobatic prowess. In addition, she possesses incredible speed, making her one of the deadliest kombatants in the whole series. Mileena wields a pair of sai, and is able to teleport, roll, and bite the opponent with her deadly Tarkatan teeth. Because of her being Kitana’s clone, she almost is equal in strength to her. In Mortal Kombat (2011), Mileena does not have the same knowledge of martial arts as her former version, but replaces it with more wild, fierce attacks that make her exactly same or even deadlier in terms of ferocity, although she is more mentally unstable.

Being Kitana’s clone, Mileena possesses incredible combat strength, aptitude and agility like her sister. What separates her from Kitana, though, is her weapon of choice in the sai. She exhibits proficiency with the sai that is equivalent to Kitana’s with her fans. Coupled with the Tarkatan blood coursing through her veins and physique that allows for superb agility, this makes Mileena one of the most vicious and deadly characters in the entire series.

As shown in Mortal Kombat (2011), Mileena becomes enshrouded in a pink, flame-like aura when executing her signature techniques, including the Rolling Thunder, Soaring Sai and Kick From Above.

In Mortal Kombat X, her powers have developed further, granting her the ability to instantly warp towards sais she has thrown on the ground through a variation called Ethereal. 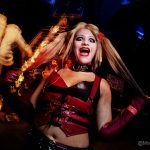 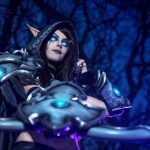