Jamie “Huidoll” is a cosplayer from Beijing, China.

She loves cosplay, horror movies and games – and that’s about all we can discern from her Instagram and her google translated Weibo profile. However, the lack of a bio doesn’t prevent us from seeing the obvious fact that she is an excellent quality cosplayer! Checkout her Soraka, Morgana  and Katarina cosplay – it’s outstanding!

“The cruelty of one will not blind me to the suffering of many.”
– Soraka

A healer gifted with the magic of the stars, Soraka holds all living creatures close to her heart. She was once a celestial being, but she sacrificed her immortality and entered the world of mortals. So long as evil threatens life in Valoran, Soraka will not allow herself peace. Soraka lived for centuries in an enchanted grove. A being of the stars, she healed the wounded and sick that sought her out. One man called Warwick came to her grove and begged her to heal his wife, who lay lifeless in his arms. His despair touched Soraka’s heart. Though it was too late to save his wife, she offered to help heal the pain of his loss. Unwilling to let go of his grief Warwick ran from the grove, but returned over the following days to hear Soraka’s guidance. She began to grow attached to the grieving man. One day Warwick told her he had found the men who killed his wife. He believed revenge would heal his pain – and if he died fighting, he would at least find peace. Though she pleaded with him, Warwick ignored her and left the grove. The voices of the stars warned her not to follow him, but Soraka had to intervene. She stepped into the mortal world for the first time, and soon found Warwick desperately fighting a group of men. She tried to heal him, but for every wound she closed, the men inflicted two more. Soraka realized that she would have to fight to save her friend. The stars screamed in her mind, telling her not to use her powers for harm. Ignoring their warning, she struck the attackers with a flash of brilliant light. Crying out in terror and shielding their eyes from her divine radiance, they fled. Soraka’s celestial form faded and the stars fell silent – for her transgression, she became mortal. She still felt the power of the stars within her, but they no longer offered her guidance. She took comfort in Warwick’s safety, gently healing his wounds, but the man she had called her friend slipped a dagger between her ribs. As her blood spilled, Soraka realized he had fooled her, and everything he had done was a complicated ruse. Feeling humiliated and betrayed she called once more on the power of the stars, searing his flesh and cursing his cruelty. He retreated with an agonized howl, leaving Soraka to reflect upon her fate. Though her life had changed, she felt empowered and renewed with a singular purpose. No longer bound to the grove, Soraka set out into the mortal world, vowing to heal the wounded and protect the helpless.

“There is no rest while Kayle’s brand of tyranny still exists.”
– Morgana

There is a world far away populated by graceful and beautiful winged beings gifted with immortality, where an ancient conflict still rages. Like so many conflicts, this war split families. One side proclaimed themselves as beings of perfect order and justice, fighting to unite the world under their law and strong central governance. Those that fought against them saw their kin as tyrants, creatures incapable of seeing the larger view, who would sacrifice individuality and freedom for the illusion of efficiency and safety. Morgana was one who fought against what she perceived as the tyranny of her kind, and for that she was branded ‘fallen’. Morgana was not innocent, having plumbed forgotten ways to gather forbidden might to become a powerful mistress of the black arts. This goal was driven by her obsession to defeat the general of the opposition’s army – her sister, Kayle. While the two were in fact birth-sisters, Kayle struck the first blow by disowning any filial connection when Morgana refused to join her cause. Eventually, Morgana grew in power enough to not only reach, but challenge Kayle. Yet Morgana was never after a fair fight. She lies in wait, growing in power, preparing for the day that will mark their final conflict – for even though Kayle struck the first blow, Morgana would surely strike the last. “Never question my loyalty. You will never know what I endure for it.”
– Katarina

Driven by an intense killer instinct, Katarina uses her talents as an assassin for the glory of Noxus, and the continued elevation of her family. While her fervor drives her to ever-greater feats, it can sometimes lead her astray. From childhood, Katarina displayed a natural gift for combat. As the daughter of a prominent Noxian general many paths were open to her, but she rejected them all for the path of the blade. Rigorously trained by the finest assassins in Noxus, her father the best among them, it was not long before Katarina demanded her first assignment. The task they gave her was aggravatingly simple: assassinate a low-ranking Demacian officer. As she set to her work infiltrating the enemy camp, Katarina discovered an opportunity too tantalizing to pass by – the arrival of a Demacian General. Stalking him to his tent, she quietly dispatched his guards and slit his throat. Pleased with her impressive kill, she disappeared into the night. Katarina’s elation faded the next day when her original objective, the Demacian officer, led his forces to ambush unprepared Noxian soldiers. Though the Noxians fought valiantly, they suffered heavy casualties. Furious at her mistake, Katarina set off to complete her original task. Returning to the camp, she spied her now heavily guarded target and realized a stealthy kill was no longer possible. Drawing her blades, Katarina swore the officer would die, no matter the cost. She leapt into battle, unleashing a whirlwind of steel. One by one blades flashed and guards fell, each strike bringing her one step closer to the officer. A final thrown dagger restored her honor. Bloody and bruised, Katarina barely escaped the Demacian forces, and returned to Noxus a changed woman. The scar she earned that night now serves as a constant reminder that she must never let passion interfere with duty.

We have some other great League spotlights for you:

Plus, if you use the search bar, you find all the instances of League cosplay!

Thanks for reading and sharing! 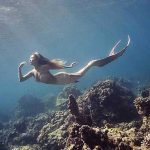 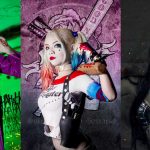