From Playboy to Cosplay, Holly Wolf is one of the first Playboy models to cosplay professionally.

Playboy Magazine and the Playboy Mansion

In 1953, Hugh Hefner borrowed $1,000 from his mother and launched Playboy magazine. In 2018, the Hefner family’s interest in the company will come to a close.

The Hefner estate is selling its shares of the company, representing an interest of roughly 33%, for $35 million, says The Blast. The money will be split between Hefner’s widow and children.

Hefner died in September 2017 and with his death, the changes to his business legacy came quickly. The Playboy Mansion became the property of neighbor Daren Metropoulos, who bought the estate in August 2016 for $100 million. (Metropoulos reportedly struck a deal with Los Angeles officials that will permanently protect it from demolition. The company also deactivated its Facebook page after the Cambridge Analytical scandal. And there are whispers the magazine might be on the chopping block.

Hefner’s son Cooper will continue to work for the company as chief creative officer, making him the family’s last tie with the magazine that made them a household name. 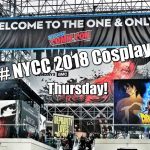 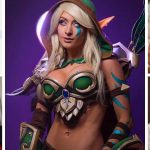