Cynthia Chovska is a  French/Czech cosplayer and model based in California.

I am Robin, french cosplayer based near San Francisco, California. I’ve been cosplaying since 2009 and what I love the most is meeting new people, creating new costumes, taking pictures and having fun ^_^ “Sylvari are not born. They awaken beneath the Pale Tree with knowledge gleaned in their pre-life Dream. These noble beings travel, seeking adventure and pursuing quests. They struggle to balance curiosity with duty, eagerness with chivalry, and warfare with honor. Magic and mystery entwine to shape the future of this race that has so recently appeared.”

Sylvari are one of the five playable races in Guild Wars 2. Cortana is a synthetic intelligence character in the Halo video game series. Voiced by Jen Taylor, she appears in Halo: Combat Evolved and its sequels, Halo 2, Halo 3, Halo 4 and Halo 5: Guardians. She also appears in a cut-scene and the epilogue of the prequel Halo: Reach, as well as in several of the novels and comics. During game play, Cortana provides backstory and tactical information to the player, who assumes the role of Master Chief Petty Officer John-117. In the story, she is instrumental in preventing the activation of the Halo installations, which would have destroyed all sentient life in the galaxy. 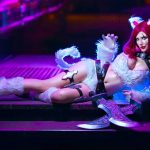 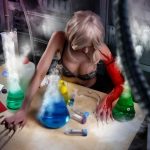