She began going to conventions during her high school years and quickly fell in love with the community.

Her first convention (and favorite), is Anime Boston, and she has attended AB for six years. Her hobbies include crafting, photography, sewing, sculpting, and prop building.

She sells goods such as prints, posters, costumes, props and accessories, as well as streams video games as a form of entertainment on Twitch. She mostly stays in the New England area but also travels to guest at conventions and events when available.

She greatly enjoys traveling to other new and exciting areas to meet people who love all the same nerdy goodness that she does.

She prides herself on being able to use cheaper, locally found materials for her crafts instead of using pricey popular materials.

She believes you can turn even trash to treasure, and make something beautiful.

Her favorite costume category would be video game characters, but has done more comic book characters than anything. She also enjoys Anime!

Ryuu has guested at several cons and plans to go to many more! She runs panels, can judge for cosplay contests, run booths and more. Hire her! 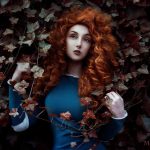 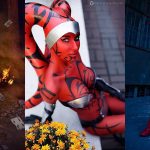