Underwatch, a group of cosplayers fronted by cosplay superstar Stella Chuu, took Katsucon by storm this year. Inspired by boudoir voyeur-style photography, Underwatch was first conceptualized when Chuu began doodling images of Overwatch character wearing fancy underpants. After showing the designs, which she made for every hero in the game, to friends, a group of them decided to bring the designs to life in hopes of meeting up at Katsucon.

The Underwatch meet-up was a huge success. There were no strict rules put in place for the cosplay group, which is why you’ll see lots of duplicates and some minor adjustments to the designs. “I wanted everyone to feel comfortable in their skin and to find strength in numbers,” Chuu told Kotaku.

Eventually, the meet-up grew to such an enormous size that convention staff forced the group to disperse. “An hour into the meetup, the convention staff very kindly and discreetly asked us to disperse and cover up since we were violating their dress code rules”, Chuu says. “I could tell that they weren’t upset about it and actually enjoyed us.”

Afterward, the party continued, however, as Underwatch collectively relocated to a suite at MGM Grand, which was provided to them by Hashtag Studios and Con Collective. There, Chuu says, they ended up having the “most successful shoot” she has ever produced.

As a result of photos taken by Anna Fischer and Elysiam Entertainment, many found the photo shoot to be empowering. “The most wonderful thing to come from this group is that many of the cosplayers approached me afterwards to express how confident it made them feel”, Chuu says. “I always want people to find strength in themselves and in each other.”

Similarly, if you like Overwatch Cosplay, you’ll love this Fantastic Tracer Cosplay by Fenix Fatalist.

No doubt, the trend of Overwatch cosplay twists doesn’t seem to have any end in sight, given the massive player-base and active cosplay community around it so expect more Underwatch Cosplay in the coming season. 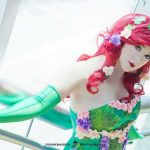 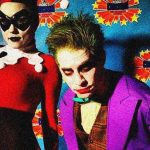