Helly von Valentine (aka Disharmonica) is a cosplayer, erocosplayer and photo model from Russia. Cosplay – is her life. She loves not only Yoko Littner cosplay but all of her characters and puts her heart and soul into every cosplay she does. She looks forward to improving with each new character. You should follow her on Facebook and Instagram and check out her Patreon to see what she’s up to. This awesome photo set is courtesy of Dzikan Cosplay Photography, be sure to check out her work and give her a follow too!

Gurren Lagann, known in Japan as Tengen Toppa Gurren Lagann, is a Japanese mecha anime TV series from 2007. Gurren Lagann takes place in a future where Earth is ruled by the Spiral King, Lordgenome, who forces mankind to live in isolated subterranean villages. The story focuses on two teenagers living in a subterranean village, Simon and Kamina, who wish to go to the surface. Using a mecha known as Lagann, Simon and Kamina reach the surface and start fighting alongside other humans against Lordgenome’s forces.

Yoko Littner is the main female character in Gurren Lagann. Yoko is a young woman from a village called Littner and is a member of a small resistance against the beastmen. She introduces Simon and Kamina to the surface world and becomes a member of Team Gurren soon after. She falls in love with Kamina early in the series and doesn’t think much of Simon until he begins showing signs of self-confidence. After Kamina’s death, she tries to help Simon and forms a sisterly relationship with him. Instead of piloting a Gunmen, she wields a high-powered energy rifle and uses her marksmanship and wise counsel to help her teammates. IGN gave the TV series a score of 9.7 out of 10, and reviewer Ramsey Isler described it as “an inspiring story” and that “overall it succeeds at being a great tale of the indomitable spirit of determined people.” 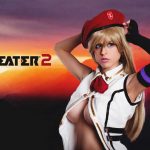 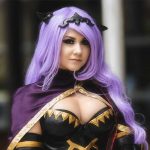