Darth Talon Cosplay – Jannet Incosplay is a cosplayer, creator, expert wig-maker and all-around hottie from Russia. Her high-quality cosplays and photo productions are matched only by her beauty!

“I am your life. I am your death. You have passed your final test without flinching. I name you Darth Talon and you will now be one of my Hands—My own personal assassin. Henceforth, you will take orders only from me—report only to me.” ―Darth Krayt 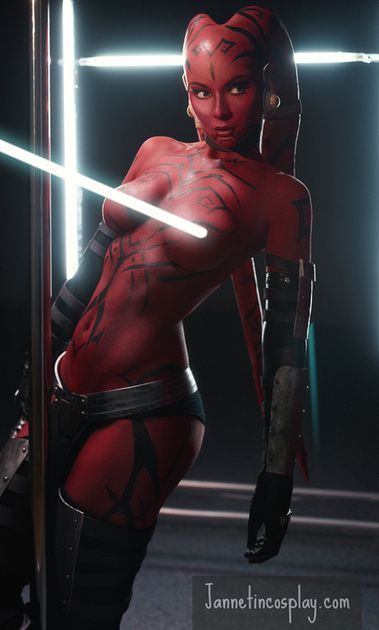 Darth Talon was a female Lethan Twi’lek who became a Sith Lady in Darth Krayt’s One Sith in 137 ABY. Talon was styled with black Sith tattoos covering her body including her head and lekku; each tattoo had been earned in ritual combat and inscribed by Krayt himself. 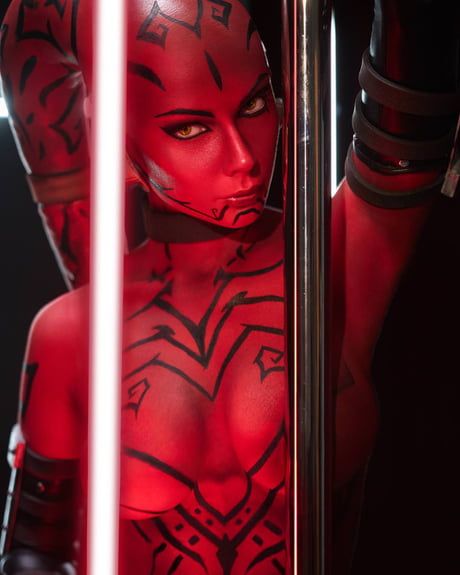 As a Sith apprentice, she was trained by a fellow Twi’lek Sith Lord named Darth Ruyn, whom she later killed on Krayt’s command with a swift decapitating strike of her lightsaber, shortly before ascending to the rank of a full-fledged Sith in Krayt’s Order.

Recognizing her unshakable loyalty, Krayt anointed Talon as one of his two Hands, thus making her an extension of the Dark Lord’s own will. In this capacity, Talon found herself working alongside her Hand counterpart, Darth Nihl. 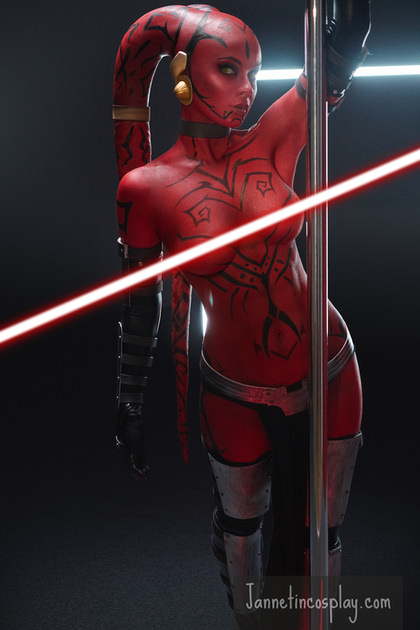 Talon was often tasked with her Master’s most important missions, including the capture of the Jedifugitive Cade Skywalker, and his training in the ways of the dark side of the Force, until her apprentice renounced the One Sith. 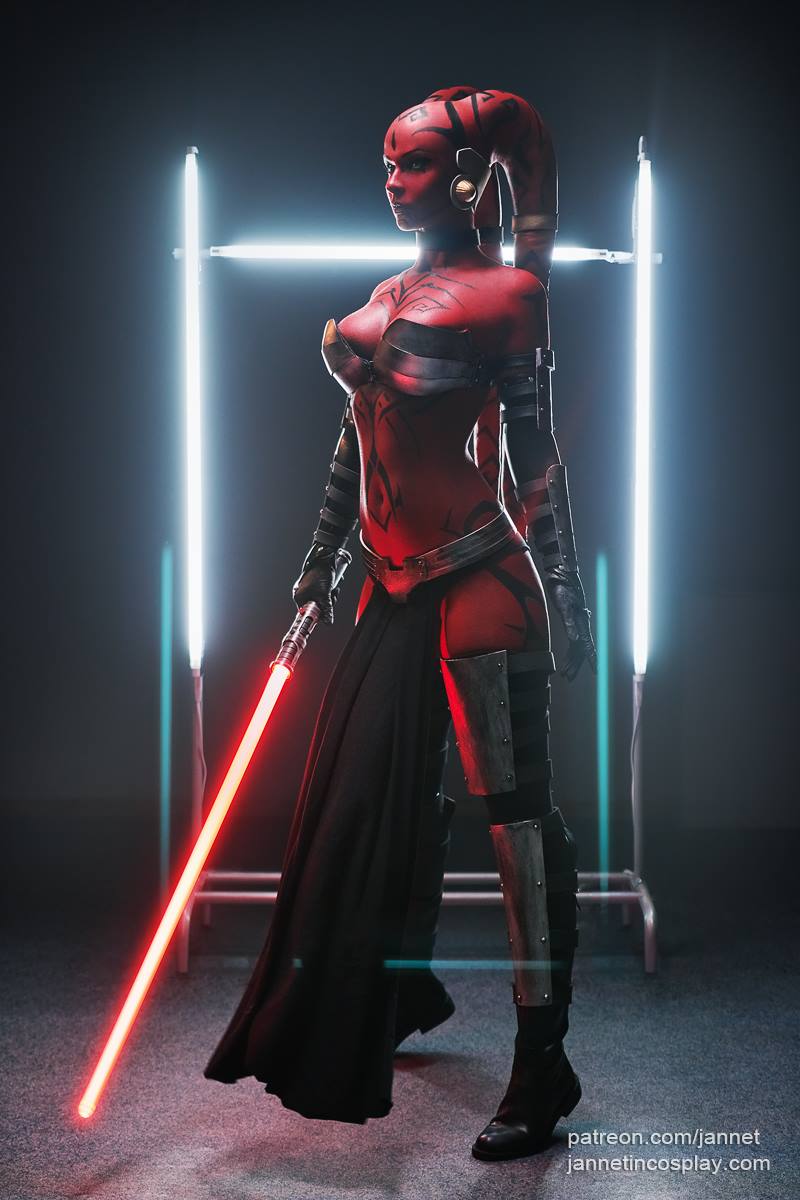 Talon always remained loyal to her lord Darth Krayt, even during Darth Wyyrlok’s attempted takeover of the One Sith, aiding Krayt in his recovery and along with Nihl fighting off the Sith who stood between Krayt and his former Voice, witnessing his return to power. 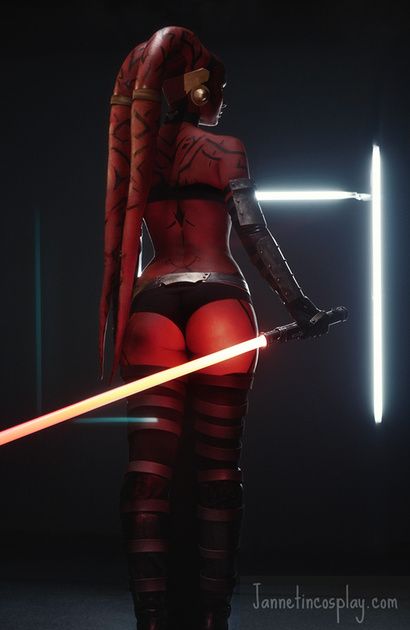 When Darth Krayt finally fell during the Battle of Coruscant, she entered hiding along with the rest of the One Sith, working from concealment to achieve their goals by less overt means. 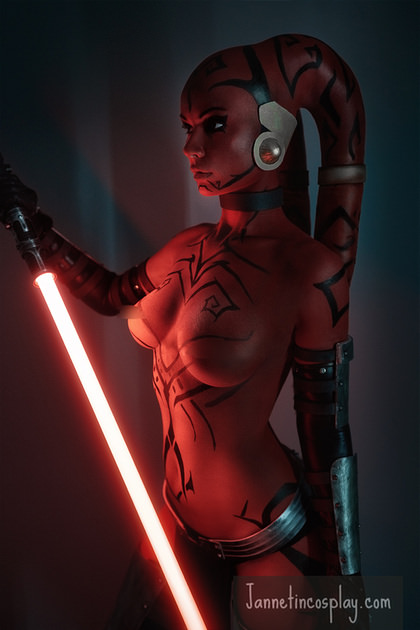 “Apprentice—do you know why your Master had to die?”
“Because you ordered it, Master.” ―Darth Krayt and Darth Talon 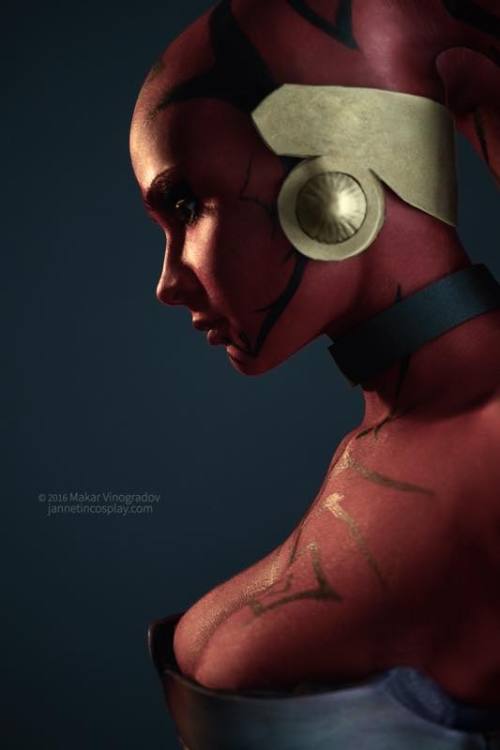 “I am Darth Talon… I am my master’s hand… I am your death.” ―Darth Talon to Wolf Sazen on Vendaxa 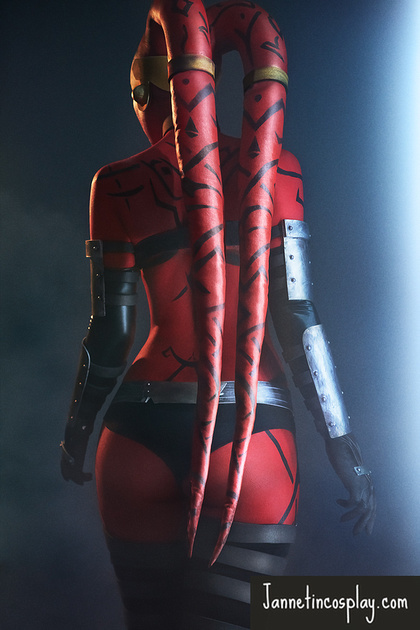 See the rest of Jannet’s amazing cosplay here on her profile page. : ) 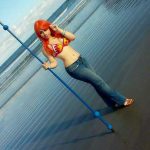 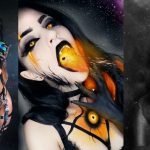